Olympia London Set To Get A Revamp 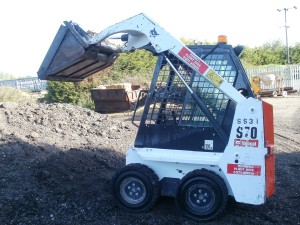 The world-famous Olympia London exhibition centre in West London has been earmarked for a big overhaul.

It’s believed that the work will cost around £100 million. The venue, which is over one hundred years old and regularly hosts a range of exhibitions from around the world, is to be changed into an even more dynamic and innovative space with more arts options.

The firm Mace is now involved in the project to transform the venue. Also involved are a team of designers from the London-based firm Heatherwick, while architectural constancy SPPARC will also be working on the project.

And at the start of the year, it was revealed that planning permission had been granted for the development.

A particular problem with the project is posed by the fact that some aspects of the building are listed. And with the project team determined to ensure that it remains open during the construction work, it’s likely to be a busy and difficult project.

“During this first phase we are beginning to talk to people, particularly local residents and visitors, to learn more about Olympia London and are looking forward to working on the project.”

There’s more construction work going on at the moment a little bit further west in Ealing. The team at Ealing Fields High School have now located a preferred site for their school, and they picked Place House on Little Ealing Lane near Northfields station.

According to the school’s website, construction kicked off in 2019.

The school was located in a temporary block over at Elthorne Park High School, but once the new project is completed then students will finally have a permanent location.

The project is moving fast. In May 2018, Ealing Council’s Planning Committee gave their approval to the project. Shortly after this, Scape Construction were appointed as contractors – a decision the school took with local residents in mind.

“Scape Construction is an open and considerate contractor who will focus on how best to minimise frustration and disruption to the surrounding community,” the school said.

When it comes to plant hire, the team here at Rhinos caters to commercial and DIY clients all across West London and beyond. We’ve got a wide range of items available to hire here at Rhinos, such as dumpers in lots of sizes including everything from 2 tonnes to 6 tonnes. We’ve also got a range of mini excavators as well as a suite of accessories to go with them, including augers, grapples, pulverisers and – of course – buckets.

Anybody who requires smaller tools for their West London construction job, meanwhile, can opt for some items from our small tool range. Our electrics range, for example, includes splitter boxes, cable reels, transformers and more. And if you need access equipment, our articulating boom lifts
or electric boom lifts from premier brand Snorkel are likely to help you get the job done.

If you’re not sure what you need from our extensive tool collection, meanwhile, it’s worth speaking to the team to find out more about how we can help.