Planning permission for this redevelopment was granted in March 2019, and will provide a mixed use scheme. This will consist of the landmark structure being transformed into a 119 bed aparthotel, a cafe and a 24 hour gym. The work will include the removal of the existing roof which contains asbestos, and the addition of three floors. The rear of the building will be extended by 3m, and removal of the central area will result in a ‘U’ shaped design. A roof-top garden is also planned for the enjoyment of residents etc. A Hotel Operating Company that specialises in premium extended stay-hotels has entered into an agreement with the applicant. There are hopes that plans can be adjusted, as there is a requirement here for an increase in rooms.

The building [formerly Gala Bingo] is seen as an important feature within Waltham Cross, and has an impressive façade which will be preserved. The hoped for outcome is a beautiful modern building that will fit in perfectly with it’s surroundings.

Change On The Cards For Gala Bingo Building

A major Waltham Cross landmark could be about to change substantially after a firm applied for planning permission to alter its use.

The former Gala Bingo building on the High Street is now the subject of a planning application after a developer announced plans to convert it into what is known as an “aparthotel”.

Unlike a traditional hotel, residents in an aparthotel can stay there for as long as they want as opposed to making a typical fixed booking.

The developer also wants to create a number of new facilities at the site, including a cafe and an all-day, all-night gym.

The plans state that there would be almost 120 rooms in the new building if approved and constructed.

Although there are plans for a cafe on the site, it is understood that this facility would only be open to the aparthotel’s eventual residents in the event that the planning application was approved.

The new development has been given a working name of “The Waltham Pinnacle”.

The former Gala Bingo building has been empty since January 2017, but this is not the first time that the site has been the subject of a planning bid.

The last application covering the area was withdrawn back at the start of the year, although no explanation for the move was given.

The area has received a big vote of confidence in its construction sector – and the labour supplied to it – after a local construction college received a prestigious award.

Waltham Forest College, which serves students living in the Waltham Cross area as well as the London Borough of Waltham Forest, has been made a member of the Mayor’s Construction Academy – which means the skill level of the construction staff who graduate from it is high.

A wide range of other organisations are members of the Mayor’s Construction Academy, including building firms, housing associations, local government institutions and more – all of which means that the College is in good company.

The Mayor’s Construction Academy was launched by Mayor of London Sadiq Khan earlier this year as a response to the construction labour shortage across London at the moment.

A senior official at the College said the news meant that the institution would be able to grow as a result.

“Our students are making a real difference in London’s economy and we are proud to provide London with a skilled workforce that closes the skills gap in the construction sector,” said Dr. Joy Kettyle, who is the College’s Principal.

“Being awarded the Quality Mark will ensure the College can grow its capacity and support London and the Construction sector in many years to come,” Dr. Kettyle added. 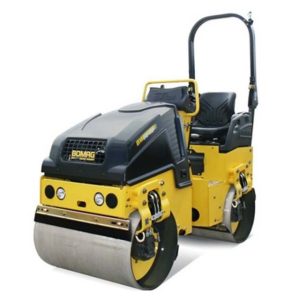 As one of the major independent providers of plant for hire in South East England, the team here at Rhinos is ready to help if you’ve got a construction job going on in Waltham Cross.

Our heavy plant fleet is certainly well-stocked. Rollers are a big part of our range – and from tandem models to trench compactors, we’ll have what you need. Our dumpers, meanwhile, are versatile and handy to have around, and they come in a range of formats including high discharge and front tipping.

Perhaps, though, you need small tools instead. In that case, you might be interested in our heating and ventilation systems for hire, including convector heaters and air conditioning units. If you’re working out on the roads, meanwhile, our selection of road cones, signs and other small tools may come in useful for you.