By 2023 you’re likely to view Tottenham in a very different light than in the past, thanks to an extremely extensive regeneration project. Super-Developer Argent, who transformed King’s Cross and St Pancras, are working on a £500 million upgrade for this part of North London. This location will boast superior transport links, and become a desirable destination to live and visit. The development aims to be bigger than the Olympic Park, with at least 10,000 new homes and 5,000 job opportunities.

Highbury Corner had one of the most intimidating roundabouts in London, but not any more! Completed work means that the junction is now a welcoming, people friendly public space. Facilities have been improved for pedestrians, cyclists and users of Highbury and Islington Station. The project will be completed once trees are planted, and legible signs and security bollards are installed in the Highbury & Islington Station forecourt.

Regeneration On The Way For Tottenham Hale 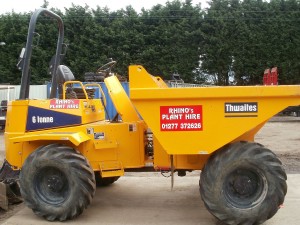 A two-stage plan for the regeneration of the Tottenham Hale area is set to get underway after contractors and developers signed a deal to get the £50m scheme off the ground.

The contractors, Polyteck, will work with developers Empyrean to create a new area with a range of uses including work units, homes and more. In total, approximately 25,000 square feet of commercial working areas will be created while almost 100 homes will be built.

With an expected completion date of October 2020, the project is set to take two years to complete – and will kick off in October 2018. The new site will be located at the junction of Norman Road, just off Broad Lane near Seven Sisters tube station.

The new area’s potential is already looking bright, and a tenant for the working space (a social enterprise called The Mill Co Project) has already been found.

As is common in inner-city building projects, a module system will be used to allow some of the building to be constructed off site for maximum efficiency.

“We are delighted to be partnering with Empyrean Developments on this project,” said John Polycarpou, chairman of Polyteck.

“As a leading London business, we are experienced in helping councils develop dynamic and modern builds which enhance not only the immediate area but can have a positive impact on the community as a whole.”

As a major roundabout connecting Upper Street to Holloway Road and ultimately the A1, Highbury Corner Bridge is a major plank of North London’s road infrastructure. The bridge is also a major link between road and rail, as it runs over the nearby London Overground line and is right next to the Victoria line London Underground station.

And due to the bridge falling into a state of near disrepair in recent years, a new bridge with a long lifespan has been installed.

The first two phases were a reconstruction of part of the bridge near the Underground station forecourt and the moving of cables for water, utilities and so on, and these have now been completed. The final stage of the construction work, which focuses on a total reconstruction of the whole bridge, has also occurred.

The road has been resurfaced and new pedestrian areas have been installed, and the new roundabout has been officially opened by London Mayor Sadiq Khan.

A number of road closures have been in place as part of the work, though, although these are now over or coming to an end. Hampton Court has been closed, while Highbury Crescent was for a while shut in order to accommodate pieces of plant. Highbury Station Road, meanwhile, was shut for a while, and cycle racks are set to be moved there.

Perhaps you too are looking to hire heavy or small plant in North London for your construction or DIY project. If so, consider Rhinos!

We’re one of South East England’s premier independent plant hire firms, and we have a variety of tools on offer to suit all construction jobs. Our plant range, for example, includes bowsers designed to help with the secure storage and movement of liquids and skid steers for sweeping and loading, as well as other important tools like mini excavators, telehandlers and more.

And our range of air tools, meanwhile, are designed to give you that all-important extra power that only pneumatic tools can. From drilling stems and vibrating pokers to rotary chipping hammers and demolition picks, there are lots of tools designed to help you keep your site working smoothly no matter what your job might be.