Construction Projects in & Around Hertford 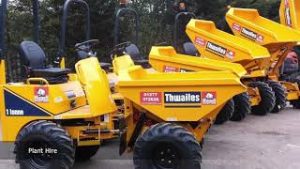 Hertford and other locations in Hertfordshire are due to see some significant and exciting changes in the next few years. A range of construction projects intended to improve economic growth in the county, while benefiting the general community are planned. This part of the country is the playground of ex Harry Potter star Rupert Grint [alias Ron Weasley]. In addition to his acting career, Rupert is now also a successful property developer, having built a £24 million Herts property empire. As with many other celebs he could settle wherever he likes, but his heart lies in Hertfordshire.

Some of the development projects on the menu include:-

Hertford shopping centre Birchley Green has been waiting three years for its redevelopment to begin. It’s actually been on the cards since 2014, but demolition only started in the summer of 2021. The plans include upgrades to Hertford Theatre too, which will benefit from new cinema screens, an auditorium and a riverside cafe-bar. Completion will hopefully be in 2023.

Hartham Leisure Centre in Hertford is the recipient of extensions and refurbishments totalling £8m, including vast improvements to the swimming pool and changing area. A building extension will see the addition of a new gym housing over 200 pieces of high-tech equipment. There will also be new group exercise studios, changing facilities and a children’s soft play area and café. A stunning reception area is also on the menu, set to be up and running [excuse the pun] by late 2022. Winter of the same year promises an immersive group cycling studio that will literally take your breath away!

A new energy-saving building is coming to Haileybury Turnford school, which began in October 2020. It will provide 12 new classrooms, a sixth form seminar room and a spacious library. The completion is expected later this year in Autumn 2022.

Hightown Housing Association has been granted permission by Dacorum Borough Council to build 158 new homes and three commercial units. These will be located in the Maylands area of Hemel Hempstead, and building will start summer 2022.

Hatfield is gearing up for mega changes over the coming decade too, as long vacant buildings are floored to make way for a new development. Once work on the multi-storey-car park in The Common wraps up, the main development of 146 new homes, shops and public spaces will commence.

Elstree Studios in Borehamwood will be expanded resulting in two new sound stages and 800 jobs covering the next 50 years. Many famous productions have been filmed at Elstree including the first three Star Wars films.

Hitchin will be the recipient of 116 new homes and a new sports facility, with the amount of £12 million being mentioned. The sports facility is expected to open in Autumn 2022.

Completion of a project for Bishop’s Stortford in 2022 will see new homes created in St James Park, along with schools, shops, an employment park and care home. A network of cycle and footpaths will connect the areas.

Finally, Welwyn Garden City will have 128 new properties for rent or shared ownership, sited opposite the Shredded Wheat building, aiming to be finished in 2022.

Rhinos Plant Hire have a vast range of heavy and small plant machinery, tools and equipment for every job. From mini diggers to LED lighting, we provide highly maintained kit from major brands.