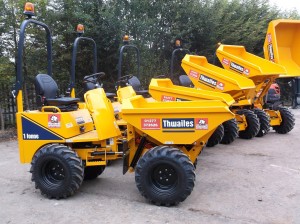 Public Health England’s (PHE) plans to relocate an all-new science campus in the Harlow area have progressed even further after the government announced that three top British construction firms had been appointed to work on the project.

Kier Group will take on the first lot of jobs, which includes work on the brand new specialist bioscience lab building. VolkerFitzpatrick (Royal VolkerWessels) will be responsible for the infrastructure of the whole site, as well as an energy centre and any external projects which need to be completed.

Finally, Wates Construction will take on two separate tasks – work on key operational areas of the site such as the logistics building, administration centre and arrivals area, as well as the full renovation of the labs and office space in the site’s current main hub.

Demolition got underway in the summer of 2019, with the whole of the front of the site now cleared away.

And some of the eastern part of the old site is gone, too.

The new campus (on the site of the former GlaxoSmithKline building) will be known as PHE Harlow, and staff will begin to move in in 2021. It’s believed that PHE Harlow could provide jobs to almost 3,000 people by the year 2024.

PHE’s Deputy Chief Executive Richard Gleave said that the organisation was pleased to be benefiting from the “considerable wealth of experience and skills” that the firms bring.

“PHE is delighted to have secured 3 of the leading construction companies in the UK to deliver what will be a world-leading national and international resource,” he said.

“Much of the work to create PHE Harlow is highly specialised so it’s especially pleasing to have secured 3 of the best companies in their fields to deliver that work.

“This is yet another milestone for PHE and we can now look forward to the chosen contractors coming on board and bringing their considerable wealth of experience and skills to our programme.”

The proposed new housing and infrastructure developments to the north of Harlow are exciting to many. Current proposals estimate that around 8,500 brand new homes will be built, and these are set to be distributed over a number of new “villages” with a customised design.

Plans by developers reveal a pledge to invest around £500m in both new infrastructure and in improvements to existing infrastructure, and it is expected that four new primary schools will be built too. Many more community hubs are also proposed, including a leisure facility and a community centre as well as a library.

Plans have now been officially submitted, and the local press is reporting that an application for another 1,500 homes could be on the way – suggesting that the total number of new homes build could end up being around 10,000.

When it comes to sustainability, meanwhile, the Gilston Park Estate team have it covered. A drainage plan has been designed to cover the whole site and make sure that no more surface water is discharged into bodies of water in the area.

If you’re looking for plant hire in Harlow, look no further than Rhinos Plant Hire. We have over a decade of experience helping contractors and building site operatives get the plant they need whether large or small.

Those looking for heavy plant, for example, can take full advantage of our range of mini excavators, skidsteers, dumpers and more. We also have a variety of telehandlers, bouncers and rollers on offer, and if you’re not sure what plant you need, we can give you a hand. If you’d prefer to hire some smaller plant items, our range of air tools, compressors, generators and more are all useful to have around.

If you need to ensure that your site is accessible, meanwhile, our range of powered access tools may be helpful for you. From boom lifts and mast lifts to slab scissor lifts and articulating boom lifts, we can help no matter what your needs are.