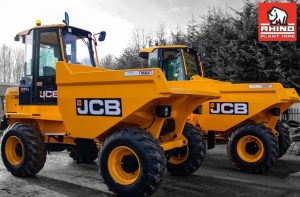 The coronavirus has had a massive effect on the day to day lives of all of us, with health considerations and many changes to work arrangements. It has impacted just about every industry in some way, not least the construction industry. Several planned projects had to be cancelled or put on hold when the virus hit in 2020, and many are still up in the air.

There has been disruption to quite a few large scale, transformative builds and redevelopments in and around Essex. Some projects managed to carry on as normal, but many did not. Here are a few examples of those which have not gone to plan.

East Square Cinema Development, Basildon
East Walk shopping parade, Freedom House and the old Post Office building were demolished to make way for a large entertainment complex in Basildon. This includes a ten screen cinema, bars, coffee shops and restaurants. Although the complex is due to open very soon, there has been a slow take up by restaurants to occupy spaces. There is a feeling that due to Covid 19, retailers may be wary of committing to opportunities without the guarantee of footfall.

A13 widening scheme
This substantial road widening scheme in Thurrock, South Essex has also experienced significant delays. The work is seen as extremely important as this is one of the busiest roads in Essex. For many months traffic speed has been reduced, and there have been diversions and road closures. This has been partly to allow bridges to be demolished and rebuilt over the top. The date of completion has been delayed and contractors Kier say the road will now be open to traffic at the end of March 2022.

Due to Covid, there were absences from members of the workforce, and on top of this, supply chain issues have caused problems. Of course the ever present UK weather has caused the usual chaos.

Beaulieu Train Station, Chelmsford, Essex
Chelmsford neighbourhood, Beaulieu Park’s new train station was due for completion in 2022, but will now be operational in 2025. The station will relieve congestion at Chelmsford’s busy main station. The new neighbourhood development includes £218 million from the Housing Infrastructure Fund for the new station and local road improvements. Thousands of new residential dwellings, three schools, a business park, surgery, hotel and parkland are also planned.

Purfleet-on-Thames Regeneration
Regeneration work for the Thurrock town of Purfleet-on-Thames is expected to see first homes and infrastructure work completed in 2023. The completion of a new railway station, medical centre and primary school will happen in 2024. Other phased completion works are due in 2025+, although these dates are all subject to change. It’s all about creating a desirable place to live and work, high on the agenda of many. An exciting ‘media village’ of one million square foot will be added, for recording TV shows and movies.

The area will also boast a new housing estate, high-street and riverside plaza built, with the train station either being rebuilt or extensively refurbished. These works will change the surroundings so much that the council has changed its name from Purfleet to Purfleet-on-Thames. The project has experienced delays, but is expected to continue.

Other projects which have not gone as planned include:

Lower Thames Crossing – An Essex to Kent Thames crossing planned to open by 2027.

The Elizabeth Line – Last but not least the troubled Elizabeth line [Crossrail] plagued by delays and rising costs. Although its opening is apparently imminent!

If you are looking to hire heavy or small plant machinery, equipment and tools for your project in Essex, check out our range. With over 20 years in the business we can offer a reliable and professional hire experience. Werther you need a mini digger, dumper, skidsteer, roller or any other small or large tools, you can rely on Rhinos.