As of end of January 2020 the £6bn development detailed below is in the process of deciding which three contractors will carry out the infrastructure work. The project will see 10,000 homes created at the Meridian Water development in Enfield, along with 6,000 jobs. Meridian Water railway station opened in 2019 and marked an important stage of the development. Lea Valley will also benefit from 8.2 hectares of parkland, with the project expected to start in the next few months.

A £156 million housing infrastructure bid by Enfield Council was successful, and included the construction of roads, bridges and flood mitigation measures. There will also feature work on electricity, gas, hot water, communications, water and sewage connections and the new parkland. The focus of the project is intended to be the main boulevard running through the development, from the new Meridian Water Station to Lee Valley Regional.

Enfield’s housing supply issues are set to be significantly addressed in the coming years after a project to build 10,000 new homes got underway.

The Meridian Water project, which is also estimated to be creating a four-figure number of permanent jobs, is situated just by the Lee Valley Regional Park and is also close to the superstores around Angel Road.

On top of that, it is also predicted that a further 10,000 construction industry roles will be opened up during the overall regeneration timeframe, which is going to last for twenty years.

As well as delivering homes for the area and adding a range of new jobs, the ambitious project has a strong community element to it as well.

It will host a wide range of public facilities for new residents to use, including a range of green spaces and shopping areas.

And a key investment in the local transport system will also be made in order to accommodate changing infrastructure demands, too.

A railway station designed to be used by residents and workers at the site, which has been paid for by Network Rail and which is currently under development, is set to enter use next year. It will replace the current Angel Road station, which is situated on the West Anglia Main Line with links to Tottenham Hale and Stratford.

Unlike some housing developments, the scheme is being managed and overseen by Enfield Council. The local authority now owns 87 acres of land across the site – or 64% of the area available for development.

Even More New Homes On The Way For Residents Across Enfield

But while the developments in Meridian Water are clearly an exciting focus for Enfield residents, there are lots of other housing schemes on the go across the borough too.

The site of the former Ladderswood Estate, which is located just north of the North Circular near New Southgate station, is undergoing a major regeneration.

There will be over 500 new homes on the site once that development is completed. There may well be a big boost on the way for local jobs in this area too, as the plans include a new hotel and other business zones.

As with the Meridian Water project, this development will also have a range of facilities for all residents – including a community centre.

But that’s not all for Enfield. The exciting Electric Quarter development in the Ponders End area of the borough is set to bring over 160 new homes into existence, while the nearby Alma Estate is currently undergoing a large-scale regeneration as part of an ambitious plan to create a thousand homes. 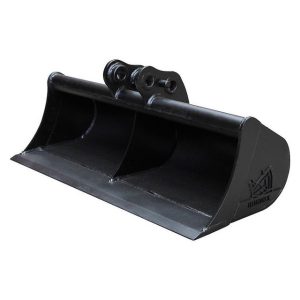 Enfield is full of exciting developments at the moment. These projects all require reliable and dependable plant both heavy and small, though, and that’s where Rhinos Plant Hire can help.

We’ve got a full range of plant items available for hire. Our heavy range includes a variety of dependable items, such as telehandlers in many sizes (starting at 5 metres). We’ve also designed our range with convenience in mind. Our mini diggers, for example, all come with optional extras designed to make your life easier when at work, including buckets, augers and grapples.

For those who need smaller plant, we’ve also got what you need. Our fleet includes petrol and diesel-based generators to supply your site with power, for example, while our range of woodworking equipment includes a diverse selection of saws.

To find out more about any of these items, call our team on 01277 372 626 today and they’ll be able to advise. We look forward to hearing from you!