Leading highways contractor FM Conway has been appointed to aid the London Borough of Croydon in a number of road repair measures over the next few years.

The firm, which was also given a contract to join the Category Management Pavement Framework by Highways England, will work on a range of tasks including public realm upgrades, fine-tuning roads for the future, and more.

The value of the London Borough of Croydon contract is expected to rest at around £130 million. It will cover seven years, but the firm has been notified that there may be potential for it to be extended by a further three.

While working for the Croydon borough, FM Conway will be required to support the council’s £5.25 billion regeneration programme across a whole range of different activities.

In addition to this, it will also be required to work on a range of professional services (such as technical support) for Croydon’s publicly owned roads, which comprise 725 kilometres in total length.

The budget for the partnership is large, and reflects the London Borough of Croydon’s investment in its local services.

A maximum of £36.7 million of the FM Conway budget, for example, will be devoted to road improvements, while a further sum with a maximum limit of £50 million will be given over to public realm upgrades.

Bosses at FM Conway said they were looking forward to getting started.

“This contract win is testament to our expertise and strong position within the London market,” said James Tallon, who serves as the company’s term maintenance director.

“It’s an exciting time to be working and living in Croydon which, as the Mayor of London’s first ‘Growth Zone’, is set to see significant investment in transport infrastructure and public spaces in the coming years,” he added.

World Record On The Way For Croydon In Modular Towers Project

A pair of modular towers which are about to be built for Croydon are likely to be the tallest offsite-constructions on Earth.

The towers, which will be located at 101 George Street near East Croydon railway station, will differ in size. The larger of the two will be 44 storeys high, while the other will be 38.

Once constructed, the new site will have 550 apartments – which are being built specifically to become rental lets.

A number of firms have been involved in the record-breaking deal, which is expected to be valued at over £150 million in total.

These include Tide, a building firm which will handle the construction side of the project. Two investment firms, Henderson Park and Greystar, are providing cash for the scheme.

Once built, the towers will dwarf the building which is currently ranked the world’s largest offsite-construction – which is 32 storeys high, and is located in New York. 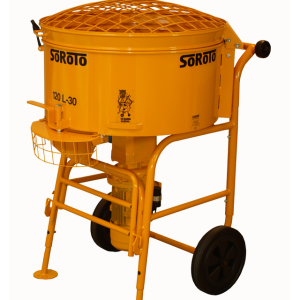 Croydon is clearly a centre for construction activity. If you’re also involved in the building industry here, then, why not choose Rhinos Plant Hire for all of your construction needs?

Our heavy plant range is suitable for all those tough jobs. Our diggers, for example, come in a huge range of different sizes including everything from 0.8 tonnes to 8 tonnes, while our skid steers are manufactured by major brands such as Bobcat – so you know you’ll get a good quality experience.

We’ve also got a range of smaller tools on offer, too. Our concrete and compaction range, for example, has a variety of items in it including forced action mixers, tip-up mixers and more.

We’re always pleased to hear from customers both old and new, and we’re also available for a simple chat if you’re not yet sure what items you will need. Just call us today on 01277 372 626 and we’ll be able to help you get started.